In 2013, I released a wine called Familiemoord – a wine about the extraordinary but true story of how the police thought I killed my son and buried him in a shallow grave in the vacant property next to our house. The Cape Argus’ article on 11 May 2013 about the incident titled  “The mystery of the boy in the sandpit” serves as this wine’s label. 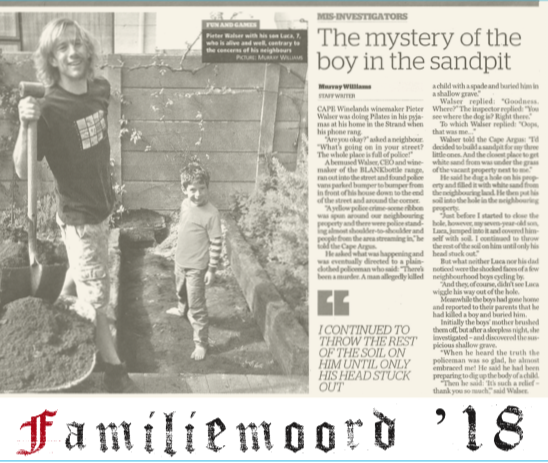 Don’t worry, my son is alive and well and is turning 13 in September –  6 years after I “killed” him. This wine has generated the most reaction of any wine I have ever produced – and not for any of the reasons a winemaker would hope for. In fact, most people were totally oblivious as to the terroir (Swartland) or cultivar (Grenache noir) of the 2013 vintage! Some countries were uncomfortable with the name, so in 2015 I stopped producing it.

But now that the dust has settled Familiemoord is back – BLANKBOTTLE Familiemoord 2018 – Wellington Grenache, Elgin Pinot and Darling Cinsaut 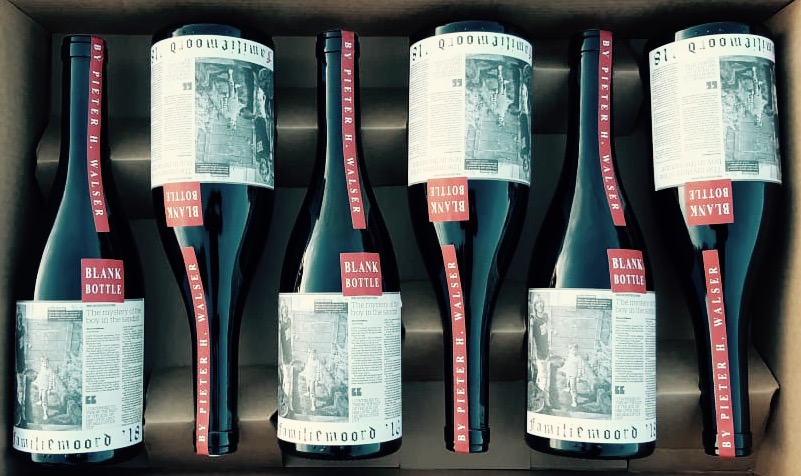