Back in 2015 an old varsity friend referred me to a farmer called Boetie van Reenen. Not long thereafter a farmer whom I buy grapes from, as well as a fellow winemaker, referred me to the same guy. So with 3 solid referrals, I met with this Darling farmer who apparently had some really interesting opportunities when it came to varietals like Cinsaut and Chenin. In year 1, I bought some Chenin from him. Then, in year 2 (2016), the Retirement@65 vineyard came on board and finally, in 2017, a Pinotage vineyard.

The 2017 was in barrel when we received the tragic news. Boetie had passed away after a fatal car crash. He was a keen fisherman and was on his way home from Ganzekraal. So today I’m releasing the BLANKBOTTLE B.O.E.T 2017 – mainly Pinotage with bits of Pinot Noir and Cinsaut, as a dedication to BOETIE. For those of you who don’t know, Pinotage is a cross between Pinot Noir and Cinsaut (also known as Hermitage), hence the name Pino-tage.

When it comes to reds, Pinotage is the first to ripen. Unfortunately, its early sweetness attract birds from the mountain and they feast on the grapes. In the past, the farmer had therefore been forced to pick the 37-year old vineyard early, on a low sugar, before the birds came. But that meant that the grapes were not ripe yet and could only be used for the making of rosé. To prevent the bird-fest, I then purchased some bird nets and the farmer covered the little bush vines with it – it worked.

The second wine I am releasing today, is BLANKBOTTLE Saint Rand 2018 – my first straight Pinotage. You all know the story of our recent trip to Marseille with our film Epileptic Inspiration. To solidify our memories and to keep us going until the awards ceremony on 14 October in Paris, I thought it good to name a wine after our adventure. Saint Rand is the registered name of our PTY Ltd. – Saint Rand Productions (tongue-in-cheek upper class name for our very humble but wonderful home town – the Strand). I appreciate the new lighter styles currently emerging in the marketplace, but deep down I like the heavier, old-style Pinotages way more. So with BLANKBOTTLE Saint Rand 2018, I aimed for something in between – not as heavy as the older styles and not as light as the modern versions.

Just to clarify; the Pinotage in both B.O.E.T. 2017 and Saint Rand 2018 comes from the same vineyard in Darling. 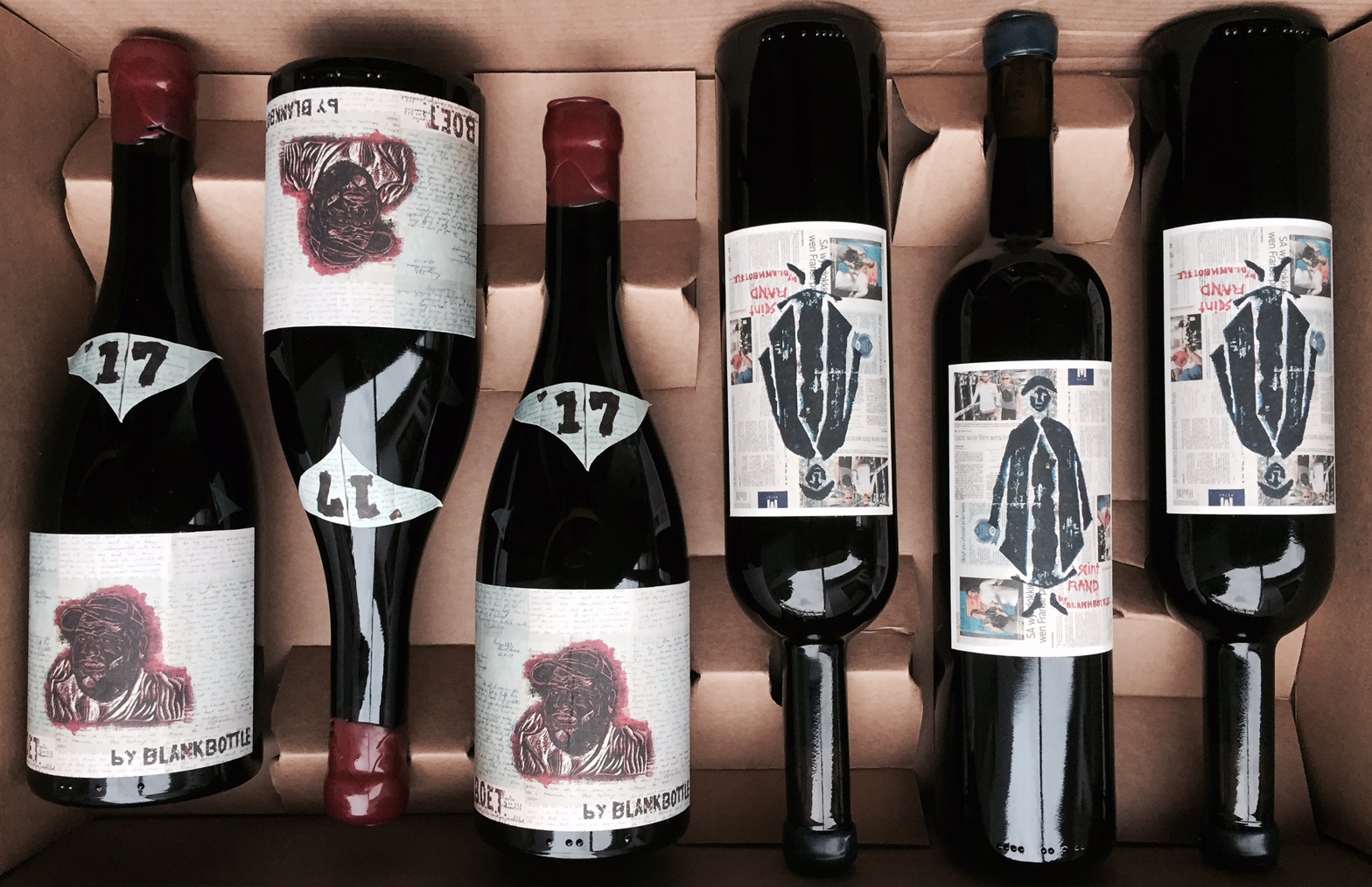